4 Important Features To Look For In A Hybrid SUV 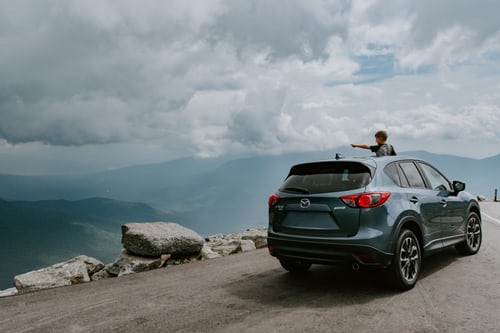 It is time for you to leave the traditional way of driving behind. The best hybrid SUV reduces emission, saves fuel and even recharges its batteries without the need of being plugged-in. Many individuals refrain from owning hybrid SUVs, thinking them to be complicated. Yet the opposite of this is true. Hybrid SUVs are designed to make the lives of their owners more convenient and easier. There is nothing complex about owning or driving a hybrid SUV. They are specifically designed to be as convenient to live with as all the other traditional cars available in the market.

The improved visibility, off-road potential, and rugged appearance SUVs offer meant high operation costs. But the hybrid technology has made the SUVs more economical in recent times. Some features to watch out for include:

Maximum Acceleration As And When Required

Manufacturers of hybrid SUVs provide an electric-diesel arrangement. But the majority of the hybrid 4×4 use electric motors and petrol engines for providing power. Regardless of which fuel is used, the systems have the potential of working together to offer maximum acceleration as and when required.

Nevertheless, they can even run independently, which means you can easily save fuel-free and silent drive for the city.

On the other hand, during fast cruises, it is the petrol engine that drives the vehicle while recharging its batteries at the same time. With the PHEVs or plug-in hybrid SUVs, you get the flexibility of charging their batteries at public charging points or home. This further lets you complete short trips without using fuel while adding great appeal as well. Nevertheless, the purchase price for such hybrids would be high.

Regardless of whether the plug-in functionality is in working condition or not, hybrid 4x4s provide better economy in comparison to their predecessors. They also emit less carbon dioxide, which makes them affordable to run. With hybrid SUVs, you get a double response with the use of double power. Hybrid SUVs feature two engines- one electric and the other one petrol. Both the engines work in close coordination to offer responsive torque and smooth power as and when required. If you need extra performance while overtaking, the only thing you need to do is press the power button of the vehicle. You will get an immediate reply.

Both the electric and petrol engines power cars to offer maximum performance while driving uphill. The braking and deceleration system recycles kinetic energy for charging the batteries. When the vehicle is in standstill position, both the engines switch off automatically. So there is no wastage of energy.

It does not come as a surprise that with the majority of the cars, driving down the city can increase fuel costs. Hybrid SUVs do not behave like the traditional cars we find on the roads. To start with, they carry out the task of recycling energy. They have double engines working in complete harmony to offer impressive figures as low as 3 liters petrol usage per 100 kilometers.

The sheer tranquility and silence of the engines on the best hybrid SUVs make them really special and something you should experience at least once in your lifetime.